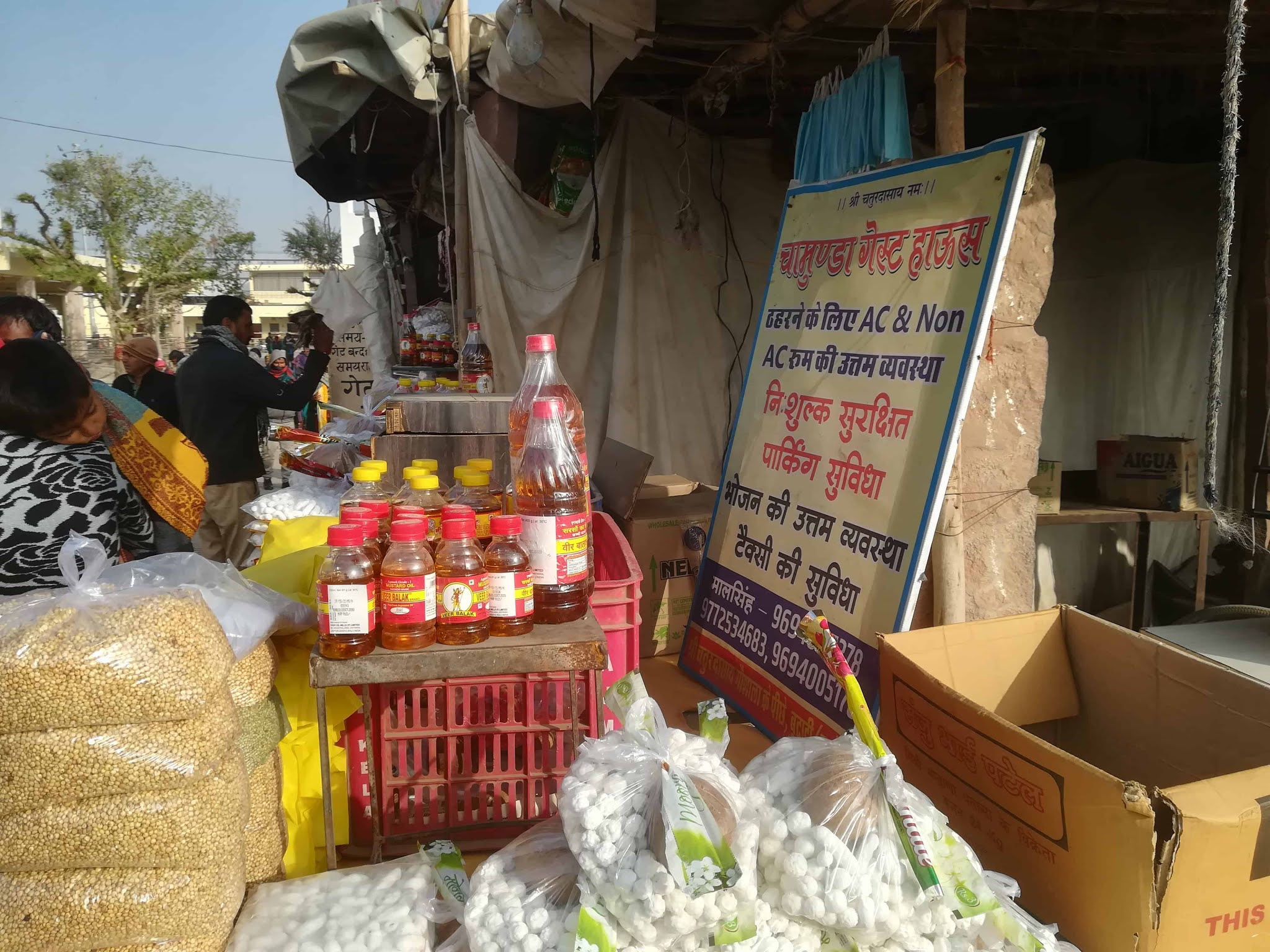 Today we will tell you what things a person going to Butati Dham has to face, that means what will be needed to go to Butati Dham, paralysis is treated at Butati Dham, which is real, seen with my eyes. It’s a miracle that’s why I’m making some posts on it, here I’m staying for 7 days, will share the whole experience with you

Let us tell you for the information that the corona period is going on, at this time it is necessary to maintain distance, because of this, since the last 2 years there has been no Karo since there have been different guests. The house is private where the father has to be hired, there it costs about three and a half thousand, you can rent a hostel from there, in which you will get between 3:30 and 5000, according to the number of men you will tell him.

You can take 7 days or less on rent from there as you are comfortable, you can talk to him.

For the treatment of paralysis patient at Butati Dham, the most important work is given below –

If you want to ask someone before going to Butati Dham, all the servants who are working there need their contact number, if you want the number of any hotelier, then all of them will be found here, you stay here and keep reading you All numbers will be found below

1. First of all say you have reached there at any time in the evening time or morning time, now what you have to do there, take any time, first of all you will need a rally with your patient which you Wheelchairs are said to be kept with the patient because only through this you will be able to take the patient from one place to another and this thing will be needed in such a way that according to my experience I have stayed.

I am that either you take it on your own personal or you will have to take it from there, no one can get it on rent, if now it would have been available on rent, no one can tell such a giver, but when I went, this thing There was such a great need that do not ask, sometimes we had to lift the patient from outside to inside the gate, then you will have to face this thing western, then you can see for this if you have such a budget. If you are worth taking so much, then you can take your own. Public is also there from there but people do not use public as much personal meaning. Thinking of their own thing, that is why they have been broken and kept in heaps, no one considers their own personal things, they use other’s things in the same way, because of this, the servants there have not got them repaired, should anyone get them repaired. Comes, drives like this, breaks it, that’s why it is necessary to have your own personal wheelchair

2. The number is that either you have arrived in the morning or the time of evening does not matter, that day the date comes, just within 2 days, if you go there, then sit there in the middle of the square. Hai Aarti time is evening time starts from 6:15 and morning time is 5:45 AM, Aarti starts at these pics time that’s why you have to walk a little earlier at whichever guest house you have stayed From there, tempo facility is also available at that village, from there they reach you at that time in the morning, there is no problem, it makes a difference of a little bit 5 minutes, there is no problem in reaching back and forth, you will deliver on time. All rickshaw drivers work with great responsibility, there is no negligence of any kind. 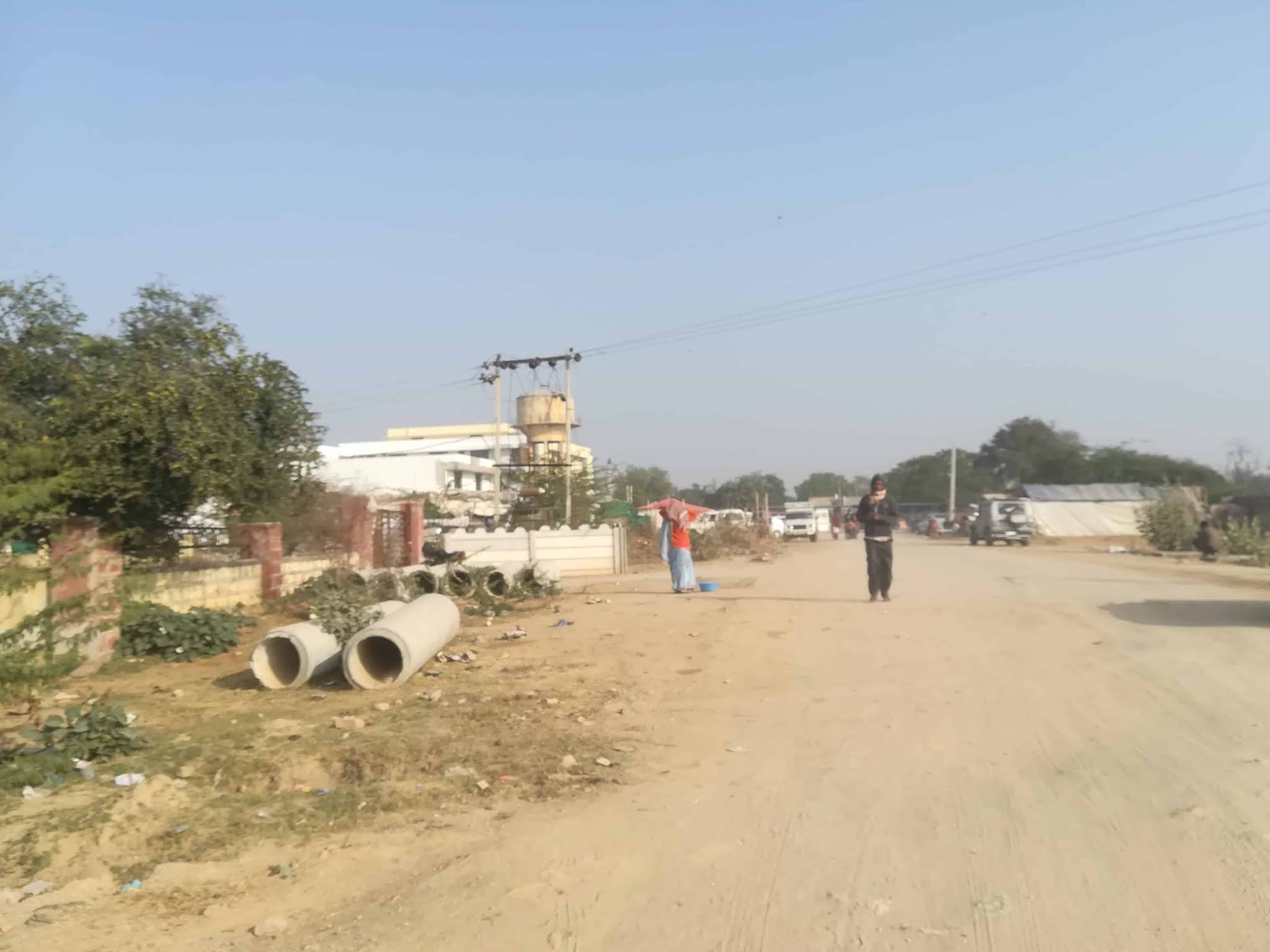 3. In whichever guest house you stay, talk to the owner of that guest house in advance, if you do not have any means, then you will have to rent it with the tempo in the same rent as the guest house will stay within the same rent. Otherwise, if you do not speak the words, then you will have to take it personally and take it separately, that is why you have to say this thing first, we do not have the system of means and we are so many people, then they will tell the money accordingly. You are there and as you sit, yes it is okay, so according to that, you can see whatever the rent is there for 7 days.

4. Another most important information given is that on the first day you reach in the morning time or evening time, then you have to reduce the crowd a little near the person who performs the aarti there and then you have to say that Our first day is we have a bottle of Gangajal or they have to take it, you have to take it inside any bottle, you have to get it from there and you have to give that water to the patient every day, ask his hands and feet. By the way, you will have to take this first time or you can go to you a little in the middle, then you can take it again by going to the second day or anytime in the middle of 7 days by speaking to them, they give it but you have to go to this Of course, we have to say that it is our first day on fast day, if our patient has a problem with this, then he will tell you that according to him, there is no problem, if the crowd reduces a little, then you should go and talk to him.

5. Then every day you have to go for 7 days in the morning and evening, whatever time has been told on the time, then you have to go to the aarti at that time and you have to go from inside that gate gallery to the temple. But you support, you can take prasad in the first time, on the second day as well as you can make it, you can take it from that type and after completing the circumambulation, offer coconut outside there, go to the side on the side to see what many things you do. By taking a bani, you can bring your patient and you can reach your guest house according to the facility wherever you have the facility, you will have to repeat this for 7 days according to the number of days you stay in memory.

6. Now let’s talk about the behavior of the people there, then the behavior of their people is so good that trust is a very big thing, they believe in you, as people from outside do what they do in the nearby shops everywhere and It is also right in the shop, there is also a big market, you will get any kind of goods, if you do not see the goods of a gate from there, then if you do not see the goods from there, then you have to try, that means the first gate from which side If you go, it is 100% a big tank at the main gate, next to it you have a market type, there is a very big market, you get all kinds of goods from there.

Whether there is treatment for paralysis at Butati Dham

So for your information, let me tell you that I have stayed there for 7 days as seen from my eyes and as far as I have seen, laugh percentage of people are getting cured. I have seen this with my own eyes and my practical experience, I have spoken to the patients who are there, 80% of the people have made a difference, have got the benefit, the question seen with my eyes is that those who have a tube Those who do not even want to eat food, they have also seen it right in my eyes, but all the tricks that have been told must have been followed, then surely your patient will also be right, before going there, first of all you should be important once. The number point is to take special care of what is mentioned in the four number point, then you have to take special care of that work, otherwise we can not tell whether your patient will make a difference or not, but this is what my eyes saw The question is, more than 80% of the people have benefited in front of my eyes, so that’s why I like it, so I am making this post, I am giving this to the person of this website.

You will find the guest house here and any servants there, their mobile numbers.